Local Activities-II Phase Had Been Realized

After the phases Local Activities I and International Seminar (Málaga 17-24 September 2017), Local Activities II phase of our project “Sport for Life” also had been realized. Different events held by the partners of the project in 6 partner countries and four workshops carried on.

Four workshops that had been carried on during the phase local activities-II were created during the seminar phase of SxL project: “Healthy lifestyle and risk prevention”, “Social pedagogy applied to sport”, about “Inclusion and social transformation” and “Cooperation and culture of peace”.

Also all the partners organized a Visibility Event in order to share the activities and results of this project with the local population and the support of Erasmus+ programme of the European Union was explained.. 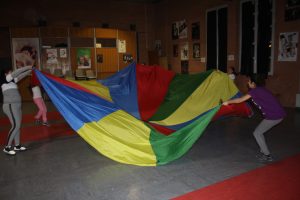 Local Activities II have been implemented in different parts of the Autonomous Community of Andalusia, in particular in Alcalá de Guadaira (Seville), Granada and Málaga. Participants of the Seminar and members of Iniciativa Internacional Joven were in charge of it. All workshops had been implemented with the participation of children and young people under risk of social exclusion. In Málaga an activity based on breakdance (one of the last sports to be included in the Youth Olympics Games) was carried out where we worked the importance of cooperation, respect for the opponents and perseverance with participants. It was at the same time a visibility activity for presenting the project to local population. 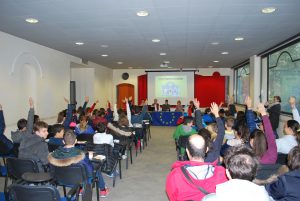 The workshops organized by the Municipality of San Venanzo for the Local Activities II in the framework of the project “Sport for Life” took place during the first half of November 2017.

The sports professionals, who took part in the TC in Malaga, together with the Municipality representatives and the cooperation of the local associations involved in the project, organized the activities. After sharing with the members of the coordination team the objectives, methodologies, contents, beneficiaries and activities planned, they decided to plan the four workshops during a whole day. As beneficiaries, in addition to the citizens of San Venanzo, sport professionals (physical education teachers, instructors, trainers), the Municipality has decided to address the activity also to the Secondary School students and teachers. 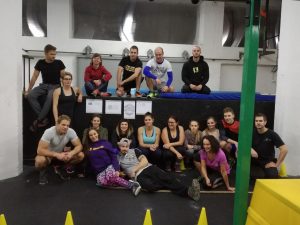 Local workshops have been organized in the city of Prague by Mezinarodni Vzdelavaci Centrum GEMS, with the collaboration of E.R.S. Workout (Street Workout & Calisthenics Training Center).

A focus has been put on behavior of participants, coordination, team work, how they think about social issues before and after the discussion and reflection. The most of the participants were young people interested in learning about positive values on sport practices. The visibility event will be organize next december. 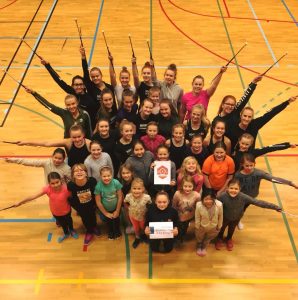 Local workshops have been organised in Sveio with the collaboration of a local sport club of twirling called Sveio Drill and they have been implemented by Ingunn Vikse, fitness instructor and owner of the local sports centre Albatross. Workshops were  implemented in a public space where other people could see what was happening. After the activities, participants and trainers told about the tactics they used during them, especially when they did not use verbal language. They also told about leadership role, who took it and why. 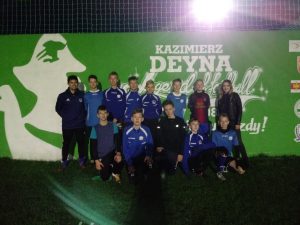 In October was  the implementation of the workshops in Starogard Gdański (Poland).  All of the activities were implemented both theoretically and practically by the participants, and the objectives of the workshops were achieved 100%. The workshops respect the tools and general criteria, only small adaptations to the context have been done. Participants cooperated and correctly performed the tasks proposed by the instructors, following the rules.

News From the Project